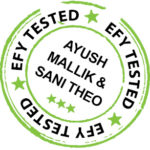 Raspberry Pi is a low-cost, high-performance, credit-card-sized computer for learning, solving problems and having fun. Easy to get started with, this tiny yet powerful computer comes with additional resources including monitor screen, keyboard and mouse. Imagine the inconvenience of moving around the accessories between workplaces for accessing this tiny computer. Does it still feel tiny?

Things you need to get started

There are three things needed to configure the setup: Raspberry Pi with an SD card running Raspbian operating system (OS), laptop running Linux OS—I prefer Ubuntu 16.04—and Ethernet cable to set up a connection between Raspberry Pi and laptop (Fig. 1).

The laptop must have an Internet connection to install a few software packages. The same connection can be shared with Raspberry Pi using an Ethernet cable to install required packages.

Change IPV4 settings to Share to Other Computers and click on Save. (Fig. 2). An IP address is required to get access to Raspberry Pi over Secure Socket Shell (SSH). (SSH is a network protocol that provides the administrator with a secure way to access a remote computer. SSH service is not enabled by default in Raspberry Pi. To enable SSH, access command line using sudo raspi-config command). Since there is no monitor or keyboard connected to Raspberry Pi, it is not possible to use $ ifconfig command.

To find out the IP address assigned to Raspberry Pi using a laptop, use nmap tool. Ubuntu needs Internet connectivity over Wi-Fi. To do that, connect it to a known Wi-Fi connection.
Open the terminal and install nmap using the following command:

Once the installation is complete, reboot the system. Make sure it is connected to the Internet via Wi-Fi.

It takes some time for Raspberry Pi to boot up and get an IP address. Once it gets an IP address, a pop up on Ubuntu system will display Connection Established.

This setup allows you to access Raspberry Pi anytime over SSH using the IP address assigned to it, in non-graphical command-line mode. Note that, accessing the graphical desktop requires installing additional packages such as VNC server. This is explained next.

Internet access is available on Raspberry Pi since Ubuntu connected to a Wi-Fi network has shared its connection over Ethernet. Run the following command to update the packages list from the repositories:

Graphical desktop of Raspberry Pi can be shared using tightvncserver package. For that, run the following command:

Run the following command to perform the initial set up of tightvncserver:

Run the following command to copy and paste from VNC server:

Contents of the modified xstartup file can be viewed using the following command:

This site uses Akismet to reduce spam. Learn how your comment data is processed.